President Lovisa thanks DC community for its adjustments through pandemic

Durham College (DC) president Don Lovisa thanks the school community for its continuous efforts studying, teaching and providing services through the pandemic.

“There’s people who have worked so hard to study, to teach, to provide services,” Lovisa said. “People are frustrated, but you know, we just got to hang in together.”

DC is welcoming more programs on campus, according to the Lovisa. Despite online platforms still being used, Lovisa said he finds a balance between being home and coming to campus, adding he is at DC at least a couple times a week. 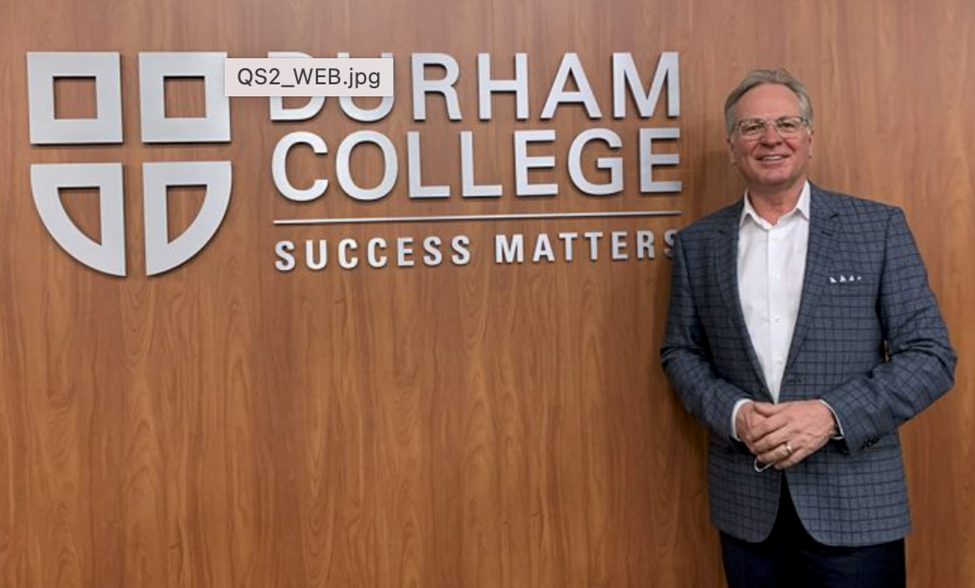 Durham College president Don Lovisa thanks the community for its efforts and cooperation throughout the pandemic. Photo credit: Neshya Carvalho.

Lovisa acknowledges some people in the campus community have been studying or working from home, while also in some cases having to look after children and pets.

Although Lovisa has no pets or children at home, he said he was challenged with “the uncertainty” of the pandemic. As president, Lovisa had to announce decisions made by the college concerning in-person programs and safety protocols.

He said it was difficult because the college “never knew what was around the corner".

Lovisa said the most difficult job of the pandemic was laying off some employees.

He said although these decisions had to be made, he was not alone in making them.

There are 24 colleges in Ontario, which means 23 other college presidents often come together to make decisions, according to Lovisa.

“We talk about the latest things that are happening and we talked about all the issues as a group and then tried to make decisions as a group so we were consistent.

“I had lots of advice and I also had access to Dr. (Kieran) Moore, who is a provincial medical officer and our provincial organization,” Lovisa said.

Throughout the college’s protocol measures, there has been a silver lining to it all, according to Lovisa.

“Durham College is a community, a community of students and a community of employees, towns and cities. There’s been so many stories of how people help each other out and that’s really what it comes down to – the human elements of any sort of pandemic or risk.”

Lovisa said he knows he’ll continue to see community around DC and cooperation on everyone’s end.

“The word is ‘thank you’ just for everybody’s efforts,” Lovisa said.

By Cheyenne JarrettBernadette Murphy has been working as a chiropractor at Durham College for 12 ...
Next story

How do DC healthcare s...

By Joey ColeStudents in healthcare programs at Durham College (DC) have had to learn about human ...